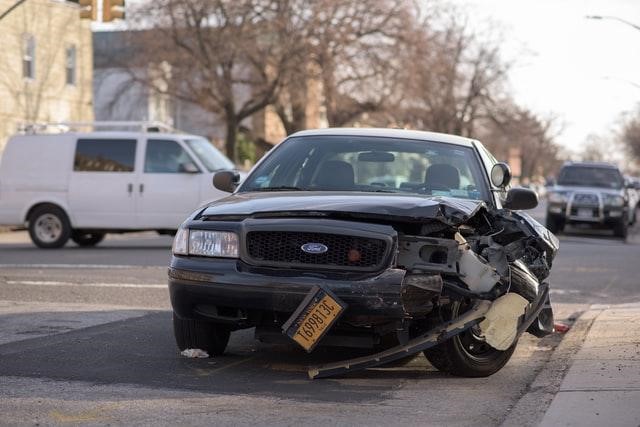 The Dangers of Traffic Accidents: Legal Consequences of Causing a Car Crash

Accidents involving car collisions are widespread despite improvements in road safety. An average of 6 million car accidents per year are recorded in the U.S. alone. Moreover, the World Health Organization announced in 2018 that car crashes have risen to be the 8th leading cause of death for people globally.

Human error causes the majority of car crashes. These include speeding, drunk driving, distracted driving, driving under the influence of illegal drugs, reckless driving, and even fatigue. However, unforeseen circumstances such as an animal crossing, heavy rain, and tire blowouts can also be contributors.

What Should You Do Right After the Accident If You’re at Fault?

Stop at the scene. It would help if you stay and keep calm. If possible, park your car in a safe place and turn on your hazard lights. Don’t ever think of leaving. You wouldn’t want to make things even worse by turning it into a hit and run incident.

Call the proper authorities for help. If there were injuries sustained during the crash, it is advisable to call 911 to tend the injured and get police assistance. Do not attempt to move an injured person because this can cause additional damages. However, do your best to assist when authorities have not arrived yet.

Collect Evidence. Take pictures of your car, the area of the accident, and the others involved during the collision, if you are able. If there are witnesses, you can take their names and contact information. Gathering evidence will help you even if you are the one at fault.

Avoid Admitting Fault. This does not mean you have to lie. Report the facts of the incident to the police and let them handle it. You want to refrain from telling them that it was your fault.

Inform Your Car Insurance Provider. It is advisable to inform your car insurance provider because they can help you with compensation. They will also have their evidence gathering and investigation.

Call a Lawyer. If amicable settlement is not possible, call your lawyer. You’ll never know who or what to expect when it comes to a car crash. Not having a lawyer would be a significant disadvantage.

What happens when you are at fault?

The individual responsible for the accident may face civil or criminal charges.  Here’s what to expect when the injured party decides to sue:

The victim of a car crash is entitled to damages, which may vary from case to case. In an at-fault state, the at-fault driver will be asked to compensate for the damages and/or injuries that resulted from the accident. However, in no-fault states, victims don’t need to file a claim against the person responsible for the accident. Their insurance company will reimburse all the damages.

Meanwhile, the 38 remaining states, such as California, Texas, and Georgia, adhere to an at-fault insurance claim. Hence, if you get into trouble, for example, in Duluth, Georgia, you have to contact Duluth car accident attorneys immediately.

When paying for compensation in an at-fault state, all the damages caused must be covered. Generally speaking, the damages can be categorized as property damages, injury damages, and exemplary damages.

Property damages are damages caused by an individual to another person’s real or personal property, either through negligence or a willful act. For example, if Sarah’s car suffered damages due to the impact of the car crash caused by John, then John is required to compensate Sarah for property damages. Sarah may be entitled to recover the cost of repairs if the car is repairable, loss of use, or value of the car.

Injury damages are awarded to the victim who suffered injury or losses. This may include medical expenses, pain and suffering, disability, loss of earning capacity, emotional distress, etc. The damages available depends on the severity and nature of the injuries and losses suffered.

No monetary losses or provable injuries mean that the victim will not be entitled to the two types of damages stated above.

Exemplary damages, also known as punitive damages, are damages awarded to the injured party in excess of the other compensatory damages to punish the wrongdoer for the acts committed. This type of damages seeks to make an example to deter the wrongdoer from doing the same act for the second time around.

An incident involving a car crash can escalate and become a criminal offense. A perfect example of this would be a hit and run incident. When involved in a car crash, it is required that one should stop at the scene and call the authorities for help even when the incident is minor.

A driver who accidentally hits another vehicle or pedestrian and leaves the scene may face criminal charges. The specific charge will solely depend upon the circumstances. Penalties of hit and run may include prison sentences, revocation of driving privileges, fines, and suspensions.

There are several defenses available for an at-fault driver when the accident was caused by negligence. Negligence is carelessness resulting in damage or injury to another.

This system is a partial defense. It allocates fault between the parties involved in the car crash. This means that there is a good chance that legal claims against you may be lowered.

For example, John was about to make a turn and hit Sarah, who was speeding. Under this system, both John and Sarah will be considered at fault- John for not making a safe turn and Sarah for speeding.

This system prohibits the victim from recovering compensation if proven that the victim has contributed to the crash in any way possible. Take note that these defenses are available depending on which state or country you belong to. There are states in the U.S. that do not use contributory negligence as a defense anymore. Always ask a lawyer for legal opinions regarding the matter.

Always be prepared for the worse when it comes to facing legal consequences caused by your actions, especially when it involves an accident on the streets. Knowing your rights is a great advantage when a case is filed against you. While on the road, safety should always be a priority.