With an impressive reputation for aggressively representing clients in New York and New Jersey, Robert T. Tsigler is the founder of the Law Offices of Robert Tsigler, PLLC. Mr. Tsigler focuses his practice on criminal defense and immigration law, but he is also a licensed real estate broker in the state of New York and has worked extensively on business dissolutions, sales and formations.

A skillful attorney when it comes to criminal, civil and administrative proceedings, Mr. Tsigler has experience on both sides of the courtroom from his time with the Kings County District Attorney’s Office. Clients facing allegations of a crime come to him for representation for drug crimes, DUI/DWI, theft, sex crimes, domestic violence, weapons violations, murder/manslaughter, white collar crime, federal criminal law, insurance fraud and Medicaid fraud. 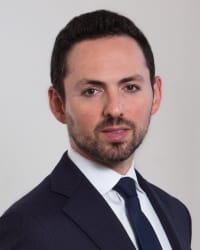